This post, 2016 December – HOLIDIVA DAY, was written by Annie in Austin/ Diva Glinda for the Diva of the Dirt blog, divasofthedirt.blogspot.com

[Wow- this post is about our 2016 Christmas party – a whole year ago! I really got behind on posting but will try to catch up soon.] 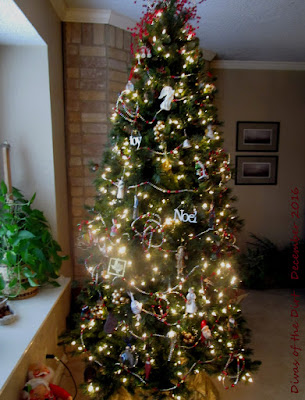 and the table gilded and elegant. Sugar was Karla’s co-hostess – bringing the entree. 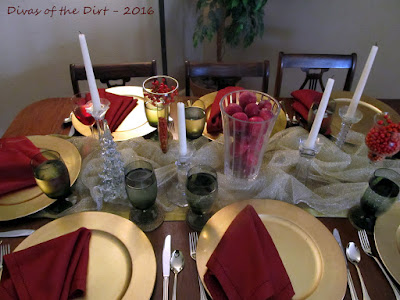 It had been a while since we were all together! Mindy, Sugar and Mattie had a lot of catching up to do. 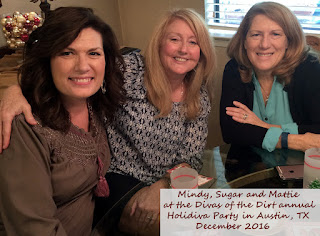 Sophia, Karla, Glinda and Buffy were glad to be there – but where is DivaAnnie? She was behind the camera for these photos but you’ll see her later! 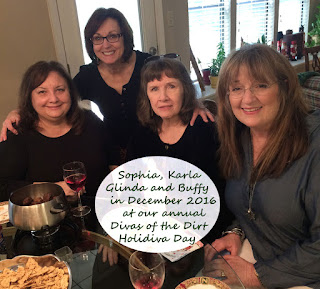 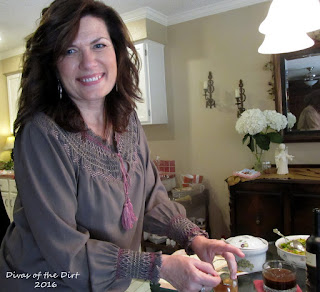 Sophia is enjoying this day off work surrounded by her friends 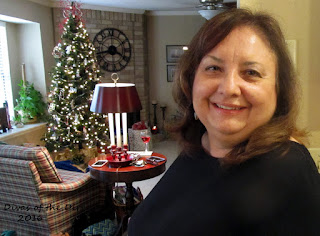 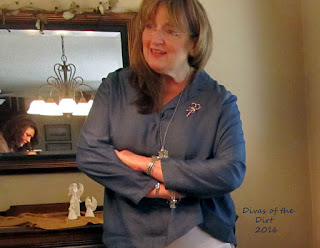 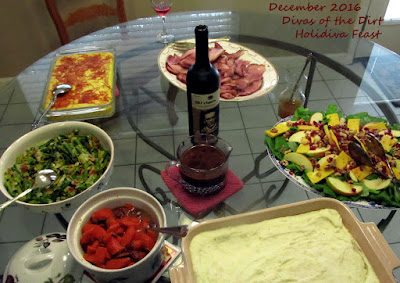 Every single thing was delicious and/or dangerous – if you have ever had Karla’s cheese grits you will know they are as addictive as the asparagus!

We decided to delay dessert and play the stealing-grab bag game, pulling numbers and opening the packages in turn. 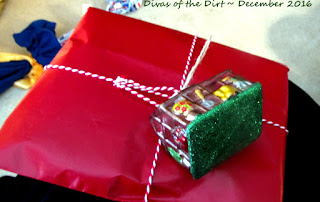 Here is Mindy unwrapping a package while Annie looks on. 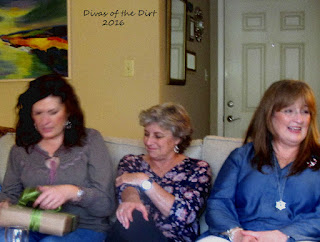 Mattie likes these chains of metal bluebirds but she won’t have them long… this is a Stealing Grab bag game! 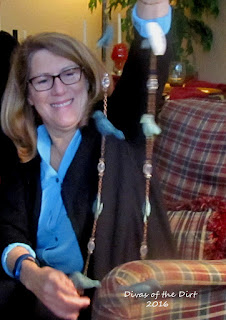 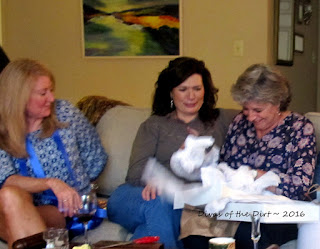 Uh, oh – game delayed while Annie uses the bow to turn herself into an Old Tyme Carol Singer 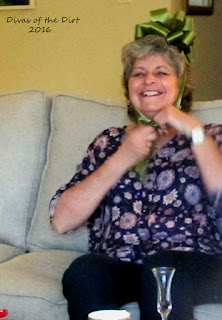 Mindy got a decorative plant stake and thinks it’s a winner. 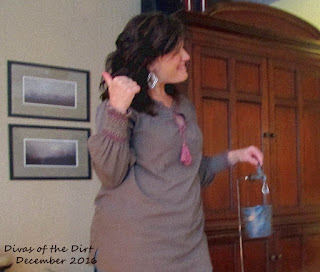 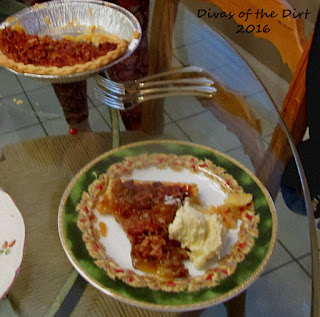 There’s something amusing about eating pie made with pecan nuts under the watchful eye of a couple of nutcrackers! 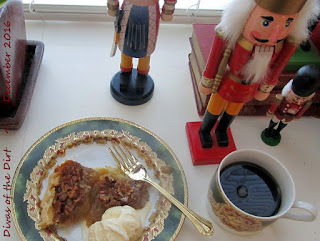 This photo of Sugar, Buffy and Karla reminds me of the best part of our Holidiva Day – laughing with friends. 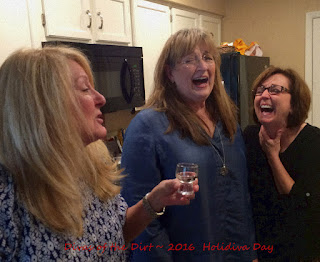 It was a great day – see you next year!

This post, 2016 December – HOLIDIVA DAY, was written by Annie in Austin/ Diva Glinda for the Diva of the Dirt blog, divasofthedirt.blogspot.com
Posted by Annie in Austin at Saturday, December 16, 2017 No comments: Links to this post